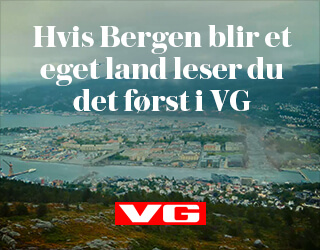 Category Best Use of Video

For the last decade the media industry has experienced massive changes in the way readers consume their content. As Norway's largest newsdestination, VG has managed to be at the forefront of digital transformation in the media sector. Consequently, more than 50% of VG’s income comes from digital revenue and VG has never reached more Norwegians. However, despite growing revenues, VG is currently losing market share to social media.

Nevertheless, the reasons for why we read newspapers is the same, if not more relevant than ever; “to keep us updated”. Therefore, VG needed to enhance the image of “being first with breaking news”, especially among young Norwegians under the age of 25.

To strengthen our brand position “being first with breaking news” among the readers, we created a main video that suited VGs brand and visualized VGs strong position across platforms. Additionally, we created 26 different version of the main movie to enhance the perception of VG as a provider of a wide range of news, sports and entertainment. By doing this, we could also segment videos based on interest, making it more relevant for the user. All videos lead to the main commercial.

The key to engagement is a compelling story. Therefore, creating a buzz/fame needed to be one of the communication goals. Additionally, it is easier to create enthusiasm for something people are familiar with.

Thus, we decided to make a commercial that told the unlikely story on how VG would cover the news if the small norwegian city, Bergen, would separate from Norway.  The story is based on a true story, since many from Bergen claims that they are not from Norway, but Bergen. However, it is exaggerated so that people will understand that this is a satire on Brexit and Catalonia and not real news.

By using a complex ecosystem across all platforms from Snapchat to TV, we manage to spread our commercial to the majority of Norwegians, making it “the talk of the town”.  After only one week our commercial was one of the top discussion threads on Reddit.

SEE ATTACHED VIDEO CASE MOVIE - OR USE THIS LINK https://www.youtube.com/watch?v=_64v-yorCBc

Gil Pereg, on the brink of madness