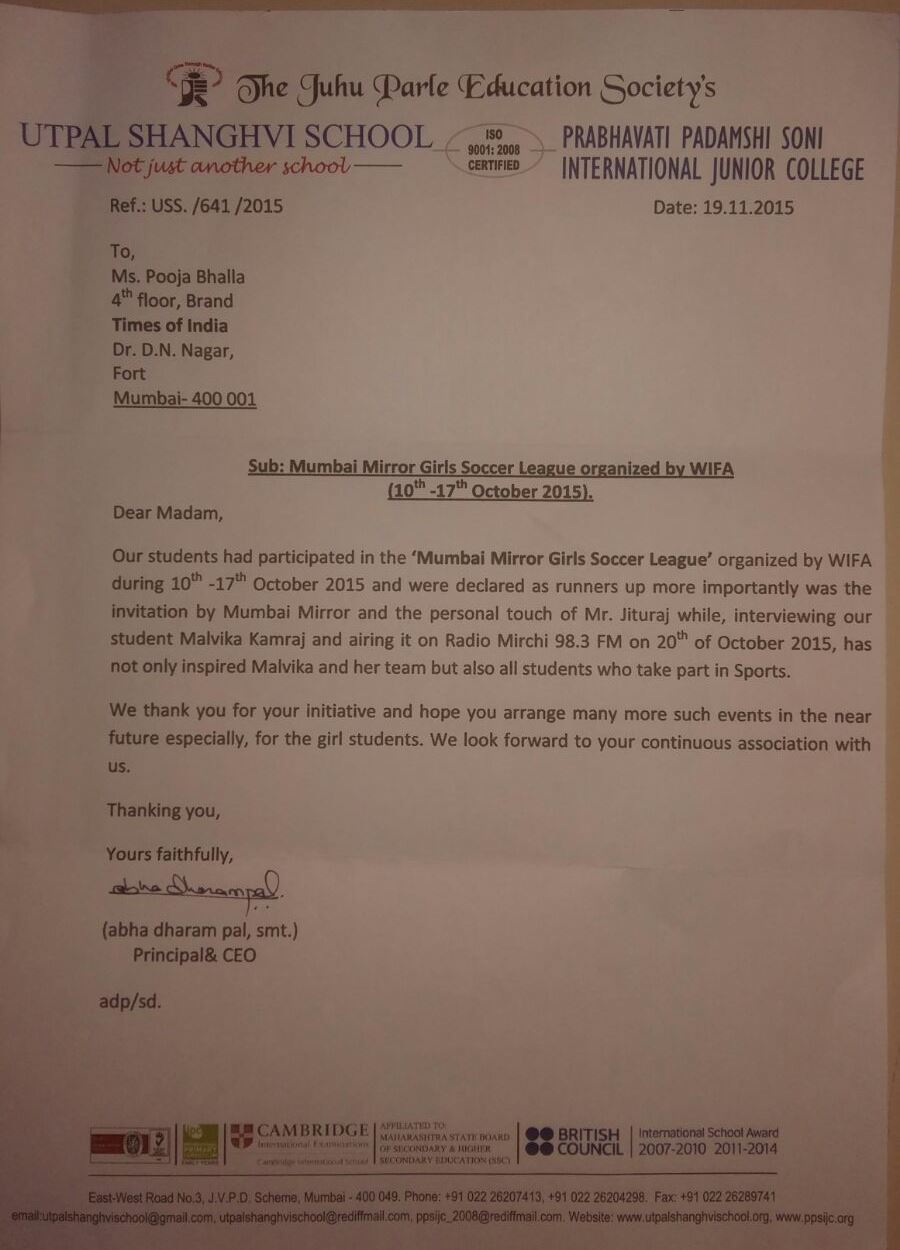 In a country where cricket is a religion, and cricketers are demi-gods, other sports get marginalised. This has often been the bane of sportspersons – from athletes to tennis stars, boxers and weightlifters, and even to shooters to footballers. The Mirror brand has always been conscious of the need to promote sports as a culture in the city, and has ensured coverage across all sports.

While Mumbai Mirror appeals to a wide audience, the primary reader even today remains the woman, esp. the younger generation. Moreover, there is no dedicated central sporting tournament that is currently focused towards girls from across walks of life. So what better way than to pick the sport often called the mens’ game – football.

With this background, the brand launched a soccer league for young girls from schools, colleges, clubs and NGOs alike. The idea behind the campaign was not just to promote the game, but also to offer young girls a platform to showcase their talent and get noticed at a city-level competition.

The objective of this city-wide campaign was to:

Today the India women’s team fares much better at the international level, with a current FIFA ranking of 56 vs. the men’s team ranking of 163 in the world, in spite of women entering the arena much later. Backed by the WIFA (Western India Football Federation), the event offered an incentive towards specialised training through AIFF / AFC certified coaches, a never-before opportunity for the young winners & a chance of the winning captain to get exclusive air time.

Mirror Girls Soccer League (MGSL) ensured maximum teams could participate and play against each other through its innovative format. The energy and the enthusiasm of the teams – both amateur and professional, gave the girls the hope of realising their dreams and play at the highest levels.

To reach maximum schools and football clubs in Mumbai, alliances with Western India Football Association (WIFA), Maharashtra School Sports Association (MSSA) and Times Newspaper in Education (Times NIE) were formed and leveraged to send 200+ personalized invitations to the principals of schools and club owners. To encourage people to come down and cheer for the girls at the stadium, we conducted football clinics, capoeira, Zumba, and health & fitness workshops for everybody.

The format was Five-a-side team with playing time of 20 minutes per match. The game was played on AstroTurf at Cooperage stadium giving the girls to experience playing in such a stadium.

198 teams registered within a weeks’ time of announcing the MGSL. The teams comprised of schools, clubs and NGOs who came from across Mumbai, Thane, Navi Mumbai and even Raigad!

The tournament saw huge upsets with the champions & some of Mumbai’s top schools such as J.B. Petit, Dirubhai Ambani International School losing to Utpal Sanghvi and Canossa High School. It goes to show with the right opportunity and training, the competition levels in the sports will just increase in the times to come.

The campaign was endorsed and supported by sports star from across disciplines: