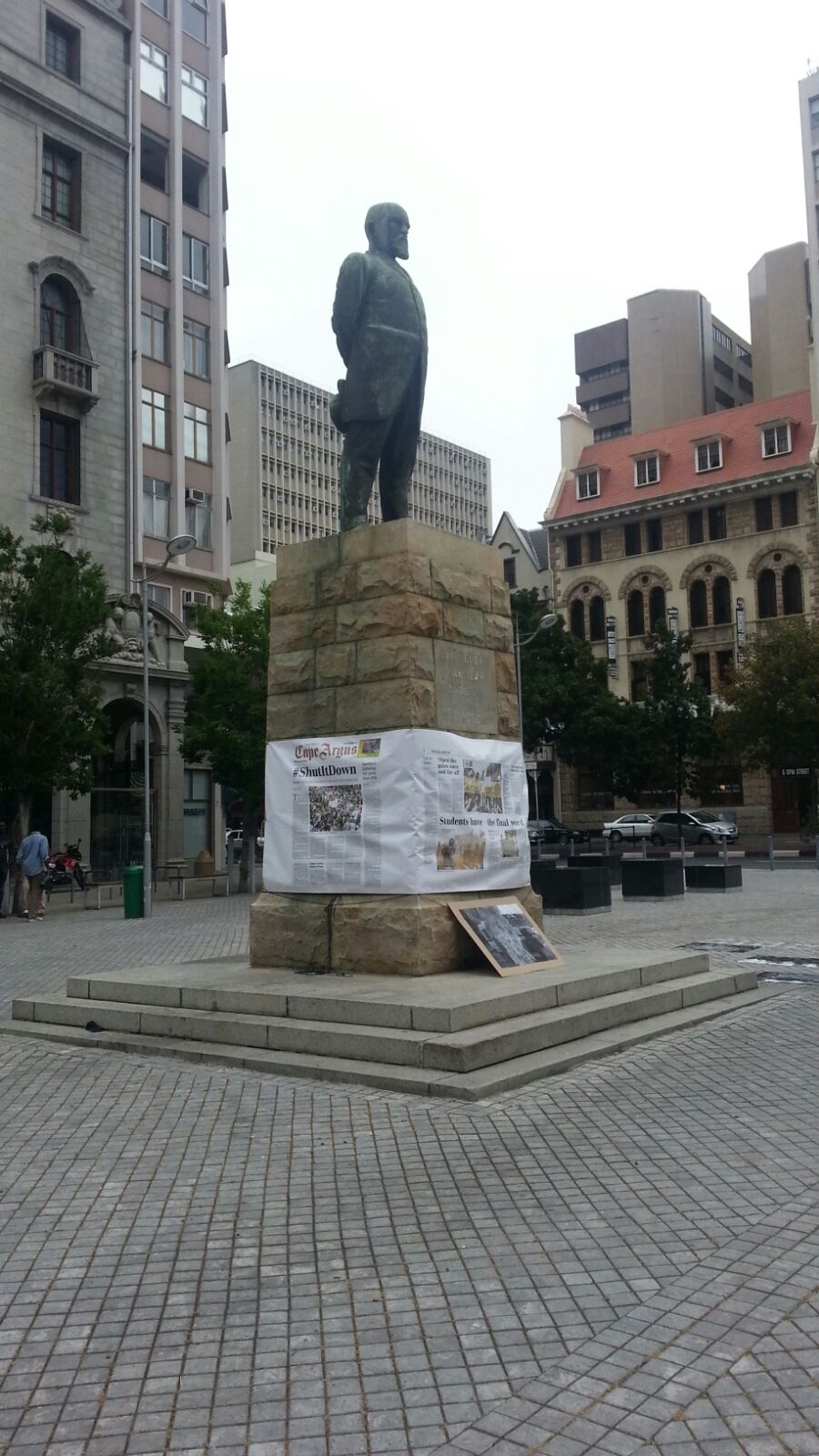 The editor of the Cape Argus ceded 50 percent of his editorial control to students involved in a nationwide protest against tuition fee increases. The student co-editors produced five news pages and two opinion pages, including an editorial, and had complete control over story selection, picture selection, headlines and captions.
The editor, noting criticism from the South African students that their story was not being told by mainstream news organisations, wanted to give students the opportunity to tell their authentic stories in their own voices.
The challenge was first made on Twitter and the editor accepted, offering the next day's edition to the students.
In the narrative of the protests, the students were being portrayed as hooligans, self-serving and apathetic towards the real burning issues of the country. By affording the students space to take charge of the narrative, the Cape Argus wanted to present an unfettered, first-person storytelling device that had never before been done in the news media landscape.
It is said that print is a dying medium but this special edition sought to make print relevant by immersing the newspaper into the lives of the storymakers, making them the storytellers of their own story.
The objective was not to use the edition as a device to sell the newspaper but rather to propel the Cape Argus into the space of being an agenda-setting publication.
The project was unprecedented and used as an experiment to test how far newspapers could push the boundaries in order to appeal to existing an new audiences.

After the challenge was accepted, the editor tweeted his intention to hand over half of his control of the newspaper to the students. The message went viral and was trending within hours.
There was considerable interest in the special edition, even from outside of the region and the newspaper's circulation footprint.
The demand was such that it was decided to make all the content available freely to the public on our news website IOL.co.za
In sales terms, the edition gave the Cape Argus a weekly circulation lift of 2500 copies.
But in terms of credibility, the newspaper was held up as an example of being a groundbreaking and innovative media organisation. The story of how the Cape Argus gave its pages to the students was widely covered and lauded by our peers. But the story was also picked up outside of South Africa and the editor was interviewed about the edition by BBC Africa (audio file attached).
The long term results are still in effect today in terms of how the Cape Argus sets its news agenda. We have employed this device of storytelling in a number of other scenarios, including the coverage of cultural events that are unique to the region but have never enjoyed prominent coverage in mainstream media.
The result was even more pronounced in sales for a subsequent edition featuring a pageant for fashion industry workers hosted by one of the biggest trade unions in the country. The new approach saw the additional sale of 13 080 single copies over two days of coverage.
In the social media and online space, the interest in the student co-edited edition garnered 69 800 impressions on Twitter, growing the Twitter following by 758 in one day. The newspaper was also flooded with messages of congratulations and well-wishes on social media for its bold approach.
In addition, the edition was also featured in a student protest exhibition in the central business district of Cape Town (see attached image).