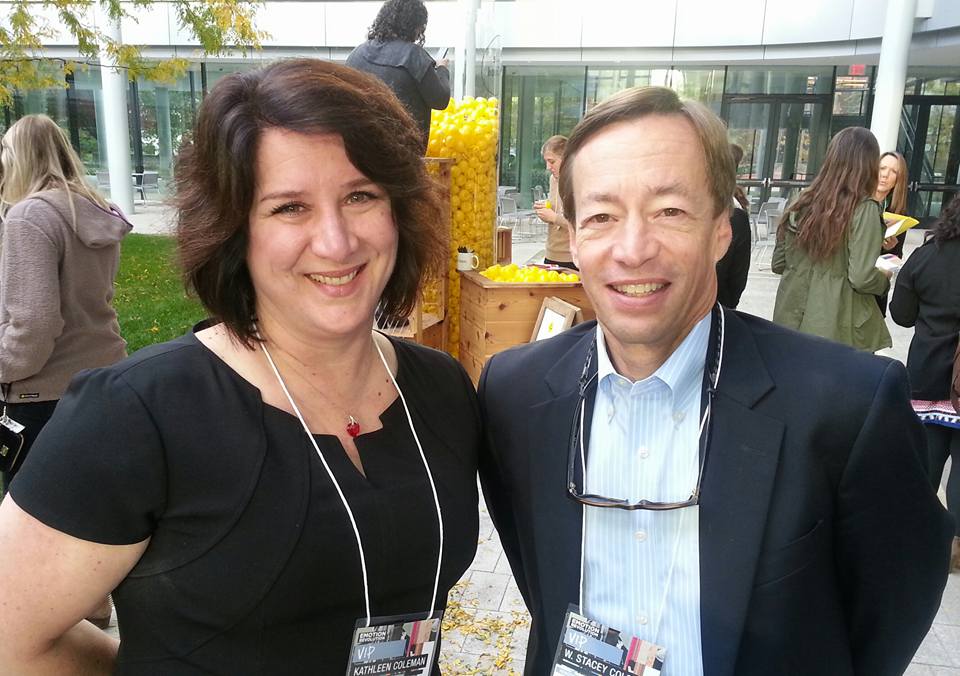 Five student suicides stunned Spokane last spring, the most in Spokane District history. Adolescents who died were 14 to 17, and didn’t follow any pattern - but four communicated about committing suicide. Covering suicide is a challenge: one fear is prompting copycats. The Spokesman’s marketing team found an answer. We noted a nationwide effort by Yale Center for Emotional Intelligence, a digital survey of high school students regarding how they feel in school versus how they want to feel. Partnering with Yale on the survey in the “Emotion Revolution” was The Born This Way Foundation, run by Cynthia Germanotta – aka Lady Gaga’s mom. Gaga has long connected with young people who like herself battle anxiety. The Spokesman promoted the survey to help students share feelings about bullying, stress, impulse control and other issues. We published a doubletruck about emotional resilience in young people, and introduced the survey. NIE contacts at schools in our readership were invited to share the survey. The principal of tiny Freeman High School instructed teachers to develop curriculum around the survey and encourage students to take it. We printed cards with a survey QR code, and partnered with Odyssey Youth Movement, a youth-led, adult-supported LGBTQ advocacy group, to distribute them. We gave cards to Cup of Cool Water Ministries to distribute to homeless youth, and to the INBA, Spokane’s LGBT Chamber, who shared the cards at a Unity in the Community event. KHQ-TV, with the same ownership as The Spokesman, televised a suicide discussion, featuring mental health professionals and students from affected schools. KHQ developed broadcast ads to promote the survey, ending in June. We published another doubletruck in summer about combating school bullying, and another in September about a Spokane child health EXPO that month that featured a keynote from Yale’s Center for Emotional Intelligence director. The doubletrucks appeared as sponsored content “as a public service of The Spokesman-Review” on the spokesman.com home page.

Publishing our Emotion Revolution stories online as prominent sponsored content prompted hundreds of social media shares; letters to the editor praised the focus on emotional intelligence as a tool for better outcomes in life. Hundreds of students in our readership area took the survey, and two other Northwest newspapers (The Wenatchee World and the Eugene Register-Guard) joined us to promote the survey online and in print in their communities. Community Newspaper Holdings, Inc. ran our digital ad promoting the survey on every website of its newspapers in 23 states, providing the research efforts a broad cross section of the country. Greater Spokane, Inc. (the local chamber) shared the survey on its website and social media channels, and Spokane District 81 On Track Academy and YMCA Teen Centers of Spokane displayed posters with tear-off QR codes to the survey at their locations.
Kootenai County Task Force on Human Relations, in North Idaho and playing a key role in the downfall of the Aryan Nations Compound in Hayden, Idaho, formally endorsed our efforts to start a community discussion about young peoples’ well being. In September KSPS, the local PBS station, aired an hour-long live broadcast on its “Health Matters” program, where local experts and school officials focused on circumstances that lead to suicide. Another outgrowth of concerns about suicide was the creation of a program called Mental Health First Aid, an 8-hour course teaching volunteer students skills to help others who appear to be in crisis or developing a mental health problem. We were invited as VIP guests to the Emotion Revolution Summit at Yale, which led to many discussions about newspapers’ unmatched ability to reach educated, concerned citizens interested in making their communities better. The Spokesman-Review in 2016 will expand its coverage of emotional intelligence to cover specific events stressful to high school age students; emotional intelligence in the workplace; EI courses in high schools and colleges; and emotional resilience during the stressful holiday season.

People of the Year