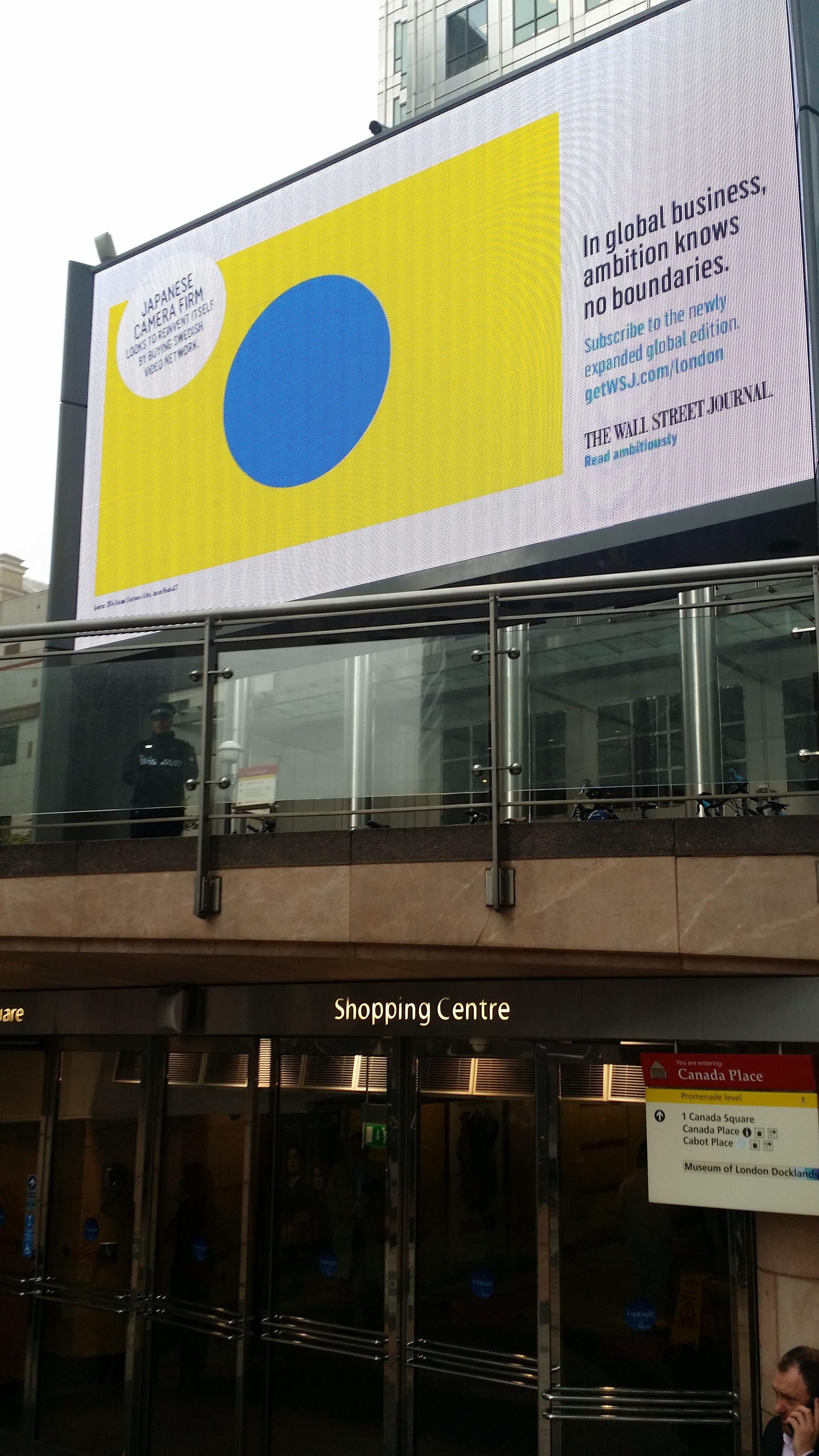 With over 125 years of continued investment in world-class journalism, a reputation for taking on complicated issues, and 36 Pulitzers to show for it, lifetime readers of the Journal have always relied on it for global coverage. Prospects however were not aware of the value that the Journal provided on a global scale, and often went to competitors such as the Financial Times.
The solution? Re-launch and streamline the paper in key markets across the world (except the U.S). The new paper was not just an expanded version of the flagship paper, it was a whole new way of thinking, presented by WSJ’s writers, columnists and trend followers. Showcasing the depth and breadth of businesses, cultures and people in a global world.
To set this new Journal apart at launch, we positioned it as a publication designed for the modern and future global business reader. People who are interested in what’s happening in their country, but know that in today’s global economy, ambition has broken down borders and the definitions of success.
We communicated this with an awareness and subscription driving launch campaign, ‘Ambition Knows No Bounds’, under the overarching ‘Read Ambitiously’ platform. The campaign brought to life ambitious cross-border business deals by combining the flags of the countries involved – to create new, eye-catching ones. For the global Journal’s launch in London, we took over the city with our standout flag ads everywhere. Finance hubs Canary Wharf and Bank, as well as transportation routes to these places were covered with global Journal flags, and sampling efforts with flag cover wraps ensured the new paper made it into as many hands and minds as possible.
Though the global Journal launched in 2015, the campaign will extend into 2016 as the new print product is rolled out in different markets. More city takeovers are planned for Hong Kong, Tokyo, Frankfurt, Paris, and Singapore. Media plans for the full campaign include digital, print, and OOH.

Campaign results showed that One Journal has been successful so far in driving brand awareness for the key global markets it has released in. Sampling efforts in combination with OOH and city takeovers drove the following numbers:

Over 1.3 Million sampled copies in total during the London City Takeover

67% of the target audience passed by at least one of the sampling locations during the campaign, demonstrating strong placement of the product

Among those who saw sampling, we saw strong improvements across all key brand metrics:

Significant improvements in brand perceptions of: ‘makes me feel informed’, ‘I can trust it’ and ‘a brand I’m proud to be seen reading’.