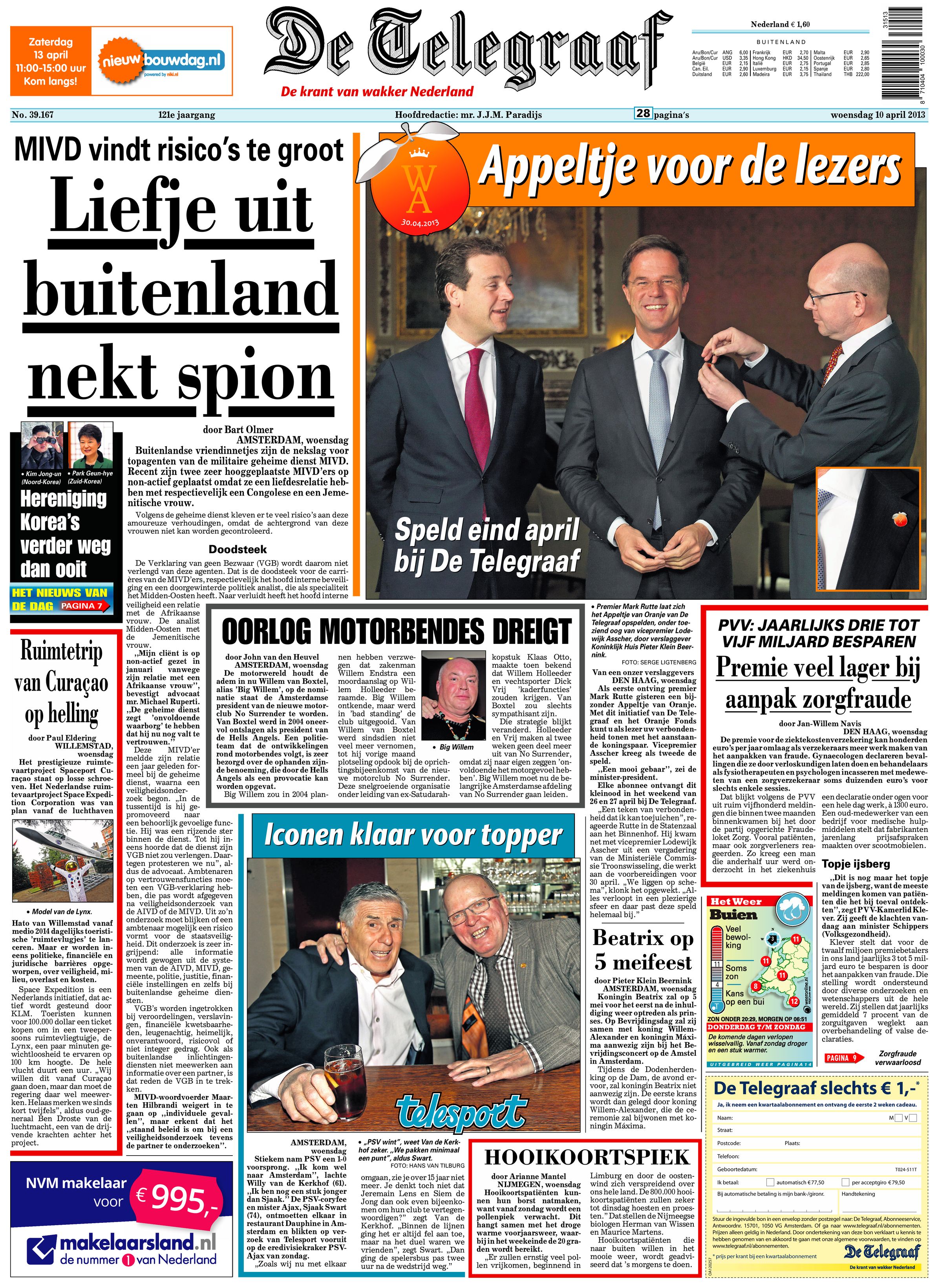 With its almost 2 million readers a day, the Telegraaf is the largest newspaper of the Netherlands. The Telegraaf is known as a newspaper that is loyal to the royal family, and mainly shows this through its usually extensive coverage of matters related to the royal family. On the 28th of January, queen Beatrix of the Netherlands announced that she would abdicate on the 30th of April 2013 so that her son, crown prince Willem-Alexander, could take her place. For the Telegraaf, this was a unique opportunity in playing our role in connecting the Dutch and to bolster our image as a royal family-loyal newspaper, in order to sell more newspapers and advertisements around this event. Central to the campaign was the 'Apple of Orange', the symbol of the connection between the Dutch people and the royal couple. The Telegraaf designed a pin for everybody who is sympathetic to the royal couple. In order to strengthen the campaign, cooperation with the Oranje Fonds (Orange Fund) was sought. The new royal couple, Willem-Alexander and Maxima, are patrons of this organisation. Close to a million pins were distributed with the Telegraaf in the weekend before the inauguration on the 30th of April.

The campaign is built on three pillars and was aimed at creating value for the pin:

Embracing this event has brought very positive results in 4 areas:

1. Newspaper sales 2. Advertising sales 3. Spin off sales 4. Image Newspaper sales Not only the paper with the pin, the 'Apple of Orange' has brought about a large number of extra sales, but also the papers around the announcement and the abdication. This is due to highly impactful front pages, made by our editor's office.

Below are some results from this research:

In the file 'Summary campaign' there is a movie with the summary of the campaign and its results.