A 2018 study by the University of Oxford found one-third or 32 percent of nationwide news outlets in 33 markets charged for online news already. In some markets such as in Northern Europe up to 30 percent of adults paid for online news in the last year.

Deloitte Global predicts that by the end of 2018, half or 50 percent of adults in developed countries will have at least two online-only media subscriptions that include access to premium video, audio or news, and by the end of 2020, that average will have doubled to four.

As print advertising weakens, digital advertising is increasingly dominated by a few tech companies such as Google and Facebook, and newsprint prices soar, India also is gearing up to build loyalty to its new products and hence, building alternate revenue streams by charging the consumers. India has started to explore the charging of consumers for content.

While the Indian media market begins to introduce payments for mass-market news, the forward-looking publishers are following closely developments in the West, and they are exploring opportunities in integrating consumer revenue into their businesses in the future.

With its Readers First initiative, the International News Media Association (INMA) is studying the shift to reader revenue worldwide, collecting the best practices and benchmarks, and providing an evidence-based advice to publishers, editors, and technical heads on how to best prepare to the age of a reader as a customer.

About Our Road Map Leader 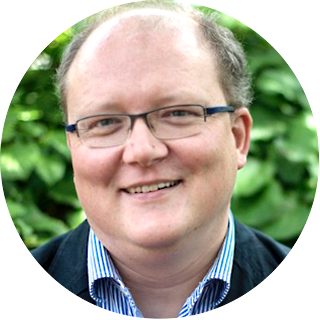 Grzegorz Piechota
Researchers-in-Residence, INMA
Author, News For Sale: The Guide to Media Subscriptions
Reuters Institute for the Study of Journalism
The University of Oxford

The INMA road map sessions in Hyderabad and New Delhi will be led by Grzegorz (Greg) Piechota, researcher-in-residence at INMA and a research fellow at the University of Oxford and Harvard Business School. Greg will harness his immense knowledge base to provide a combination of presentations with group discussions that are both aspirational and practical.

Digital managers for news publishers in South Asia and the executives charged with the strategy behind reader revenue and digital subscriptions.

What is the format?

Each road map session will include an invitation-only two-hour late afternoon executive briefing for CEOs followed the next day by an eight-hour masterclass for digital managers.

What is the cost?

Who is the instructor?

Grzegorz (Greg) Piechota, researcher-in-residence at INMA and a research fellow at the University of Oxford and Harvard Business School.

The Hyderabad and Delhi sessions are being put together under the leadership of the INMA South Asia Division Board of Directors. Programme chair is Pawan Agarwal of Dainik Bhaskar.