SUMMARY: At the heart of three days of events in New York, the INMA Board of Directors mapped out a physical reboot of events, evaluated initiatives, approved new officers and directors, participated in a study tour, and connected with New York members. It was the first physical board meeting since November 2019.

Nearly 30 months after last meeting in person in Sydney, the INMA Board of Directors dispensed with Zoom and reconvened last week in New York over three days of meetings, dinners, study tours, and side gatherings.

Among the highlights during the June 1-4 New York activities: 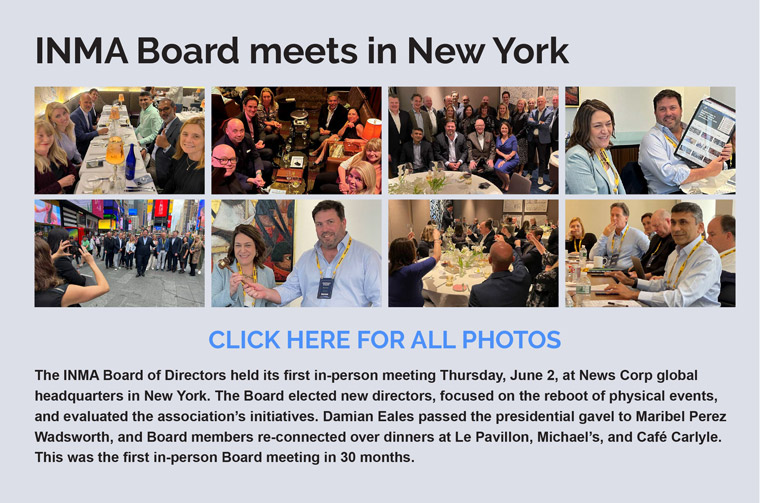 In short, the Board activities were a return to normalcy — with the occasional pandemic twist of mask requirements, QR codes for security, or the need for someone still to present via Zoom.

For the INMA Board, which meets virtually each month, it was a new appreciation for the value of connecting with peers in both formal and informal settings — a rarity during the pandemic. Of the 24 Board members attending the New York meeting, for example, only 10 attended the Sydney Board meeting 2.5 years ago. 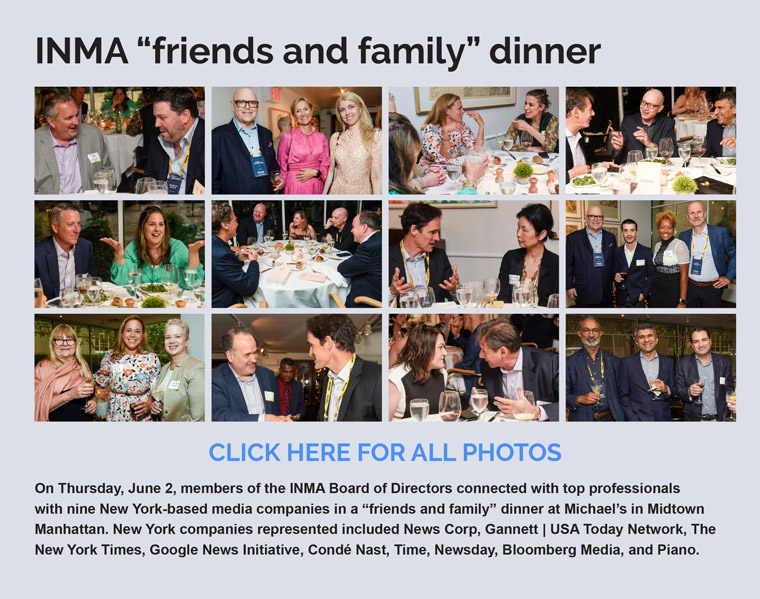 Much has transpired between physical Board meetings. INMA reinvented itself as an event-based association pre-pandemic to one of member engagement and virtual during the pandemic. As a result, corporate membership has jumped from 125 to 205 (+64%), and INMA’s voice in the news industry has gotten bigger with initiatives dedicated to subscriptions, product, newsrooms, advertising, data, and the relationship with Big Tech platforms.

Now, the association has to map out the careful recalibration of its pandemic agenda with the desire by members to re-connect physically with conferences and study tours. For example, the Board learned registrations for the September INMA European Media Innovation Week in Copenhagen are approaching pre-pandemic levels — more than three months in advance of the event. 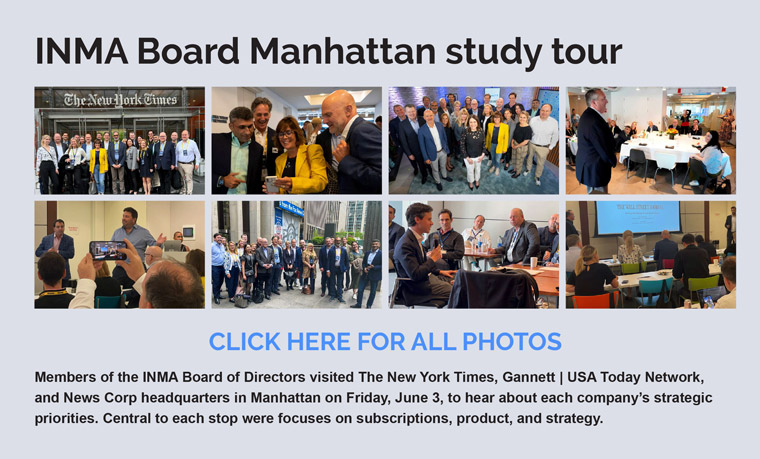 Among the rebooted physical events for 2023 will be the Subscriptions Summit in Stockholm and the World Congress of News Media in New York. INMA also will launch The Vail Roundtable, a free gathering of news industry CEOs originally scheduled for launch in 2020. INMA will keep global master classes and regional summits virtual next year.

Dawn McMullan is senior editor at INMA, based in Dallas, Texas, USA. She can be reached at dawn.mcmullan@inma.org.