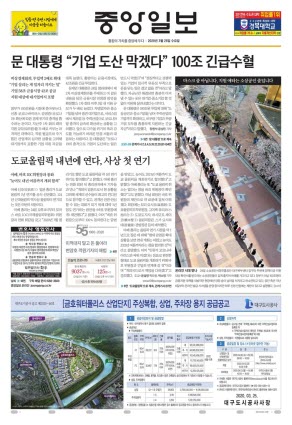 JoongAng Ilbo (in English, “The Central Times”) is a Seoul-based daily newspaper in South Korea.